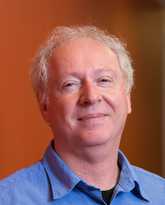 Dr. Schaetzl’s work over the past 23 years focused on the cellular and molecular biology of prion diseases. Prion diseases are fatal infectious neurodegenerative disorders of man and animals, and their manifestation can be sporadic, genetic, or acquired by infection. Examples are BSE (mad cow disease) in cattle, scrapie in sheep and goat, chronic wasting disease (CWD) in deer and elk, and CJD in humans. Although mostly rare in incidence, these diseases have the potential to get transmitted within or between species, resulting in endemic and epidemic scenarios. It is critical to understand the molecular and cellular requirements for propagation and transmission of prions to device molecular strategies for controlling these events, and in the long-term, to establish means for effectively assisting infected beings.

The long-term goal of his research program is to develop therapeutic and prophylactic anti-prion strategies. The overall objective he has is to study the molecular biology of prion infections and to use gained understanding for delineating novel targets for intervention. Dr. Schaetzl has focused his attempts on two main strategies. One is the endogenous cellular clearance capacity for prions which he wants to induce to a level which can halt prion infection. The other one is to target the normal prion protein isoform, expression of which is a prerequisite for prion conversion and execution of neurodegeneration. One of his central hypotheses is that prion clearance can be enhanced by induction of autophagy, a basic cellular program for degradation and recycling. Another pathway he focuses on is quality control mechanisms in the secretory pathway which modulate PrP maturation and PrPSc formation. A main area of his ongoing research is based on his finding that one can overcome self-tolerance against prion proteins by using oligomeric recombinant prion proteins as immunogen. His group wants to apply such active vaccination as a prophylactic tool against CWD infections, thereby reducing spread of CWD and reduce the risk for a zoonotic transmission in the future.

In addition, his group works on deciphering the interaction sites of prion protein isoforms, how cells provide disaggregase function in prion conversion, and performs high-throughput screens for identifying compounds with anti-prion activity. His group is member of an international consortium testing whether CWD can transmit to non-human primates and member of a Genome Canada multi-PI project on CWD genomics. In this context, his group uses CRISPR/Cas-9 technology for gene-editing of cells, both for gene knock-out and gene replacement. Overall, his studies will provide new molecular insights and novel avenues for therapy against prion and protein misfolding disorders.

He is an established member of the international prion research community and editorial board member of the journal ‘Prion’. He was often an invited speaker and member of the organizing or advisory committees of the international prion conferences, and has served on grant reviews and study sections in Canada (CIHR), U.K., Germany, France, Italy, Switzerland, Austria, Australia, South Africa, Canada and USA (NIH) on a regular basis. He has published over 100 research articles, 30 reviews and book chapters, and co-edited two textbooks. His primary research interest is in the molecular and cellular biology of prion diseases, with an emphasis on experimental therapeutic or prophylactic approaches.

Dr. Schaetzl is the scientific director of the UofC Prion-Virology Animal Facility, and Head of the Calgary Prion Research Unit.