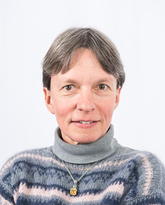 Research in the Dobrisnki laboratory is focused on mammalian germ line stem cell biology. Germ line stem cells form the basis of male fertility and are the only cells in an adult body that divide and can contribute genes to subsequent generations, making them immediate targets for genetic manipulation. There also appears to be considerable plasticity between germ line stem cells and pluripotent stem cells, indicating the potential to use germ line stem cells for regenerative medicine. This lab was the first to apply germ line stem cell transplantation in non-rodent models to transmit a genetic change introduced into germ line stem cells to the next generation. Study of human and animal disease requires appropriate models. While there are many rodent models, larger animal models such as pigs more closely represent human physiology, size and longevity. Their work enables generation of genetically modified non-rodent animal models that is more efficient than the current approaches. As a complementary approach, they also developed xenografting of testis tissue as an accessible in vivo system to study germ line stem cells and spermatogenesis. This technique makes it possible to produce sperm from immature males for the first time and allows controlled experimentation in donor species such as primates where experiments in whole animals would be logistically and ethically difficult.

Dr. Dobrinski is the Head of the Department of Comparative Biology and Experimental Medicine. She joined the University of Calgary in 2008 after 11 years at the University of Pennsylvania, School of Veterinary Medicine, where she was a Professor of Reproduction, the Director of the Center for Animal Transgenesis and Germ Cell Research, and the Marion Dilley and Robert George Jones Chair in Reproduction.