Highlighting the impact of UCalgary and its scholars in the community: Vitamin D benefits, preschooler screen time, precision nanomedicine, and more

As health professionals and tennis enthusiasts who love to work out at the gym, Heather and Michael Giuffre have always been interested in making diet and lifestyle choices that will keep them strong and healthy.

When they heard the University of Calgary was looking for volunteers for a study into the effects of different doses of vitamin D supplements on bone health, they signed up. Said Heather:

We’ve seen first-hand the effects of poor bone health and we want to do what we can to avoid it. There is so much conflicting information out there about how much vitamin D you should take. We felt this study was important.

“What we saw in this study is that large doses of vitamin D did not improve bone density or strength,” says Dr. Emma Billington, MD, one of the authors of the study. “For most healthy adults, 400 IU daily is a reasonable dose for maintaining bone health, and no further bone benefit would be obtained with doses of 4,000 IU or higher.”

The article about vitamin D, and nine others, make up the top 10 most-read list of research stories in 2019, showcasing the important advances made at UCalgary across a range of disciplines. Click the links below for more details about the discoveries and who was involved.

One in four Canadian children are starting their school years inadequately prepared for learning. A key contributor to the problem: excessive screen time. Dr. Sheri Madigan, PhD, in the Faculty of Arts, and co-author Dr. Suzanne Tough, PhD, of the Cumming School of Medicine, reported on the lasting impact associated with screen time in early childhood. Time a child spends in front of a screen is time not spent interacting with a parent or caregiver, the researchers explain — an absence that can delay or derail a child’s development. Says Madigan: "Our study shows that preschool kids who get too much screen time, on video games, internet-connected devices, television screens, and other digital mediums are among those showing delays and deficits in learning by the time they enter school at the age of five."

Parvus Therapeutics, a UCalgary spinoff founded by Pere Santamaria, MD, PhD, a Cumming School of Medicine scientist, announced a global collaboration and licence agreement with California-based Genentech (Roche Group). Under the agreement, Navacims — a precision nanomedicine discovered by Santamaria that is designed to trigger a naturally occurring regulatory mechanism in the immune system to protect against autoimmune disease — will be developed and commercialized. The agreement is for treatments for celiac disease, inflammatory bowel disease, and autoimmune liver diseases. The pathway to the $1-billion deal began in Santamaria’s childhood, requiring him to overcome formidable challenges along the way, long before his research into autoimmune disease gained traction and attracted investor attention.

The University of Calgary will be at the forefront of a Canadian research “brain trust” into the human microbiome — the trillions of tiny organisms living on us and in us. An initiative by Dr. Kathy McCoy, PhD, scientific director of the two-year-old, germ-free International Microbiome Centre at UCalgary, will bring together microbiome experts from across the country to develop research protocols and provide advice. The team includes microbiologists, immunologists, epidemiologists, clinician scientists, ethicists, sex/gender champions, and computational biologists from British Columbia, Alberta, Saskatchewan, Ontario, Quebec, and Nova Scotia. Researchers are working to develop disease-fighting therapies based on the interaction of the microbiome.

Meanwhile, Calgary experts from the microbiome centre are playing a major support role at a new science exhibit in Ottawa exploring the human microbiome. Taking place at the Canadian Museum of Nature through March 2020, the exhibit — titled Me and My Microbes: The Zoo Inside You, will feature presentations from leading UCalgary scientists Dr. Kathy McCoy, PhD, Dr. Raylene Reimer, PhD, and Dr. Marie Claire Arrieta, PhD. 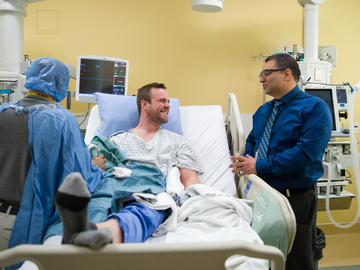 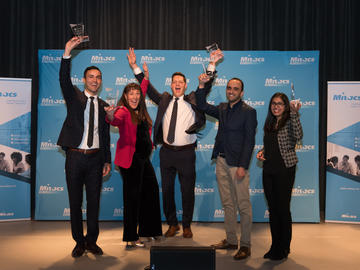 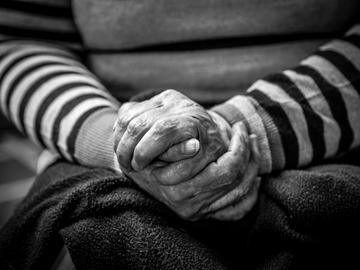 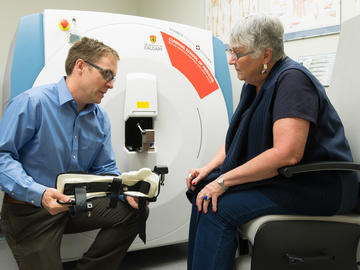 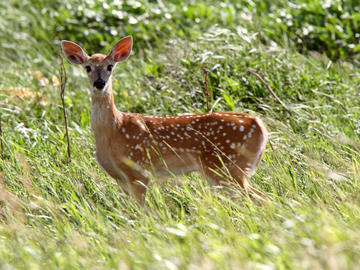 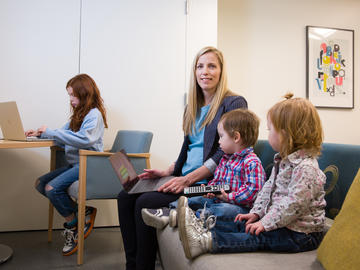 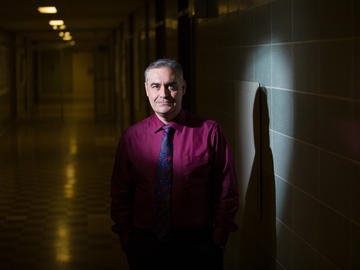 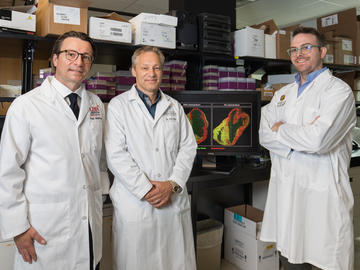 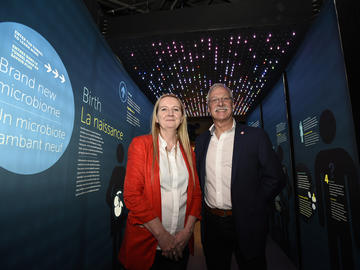 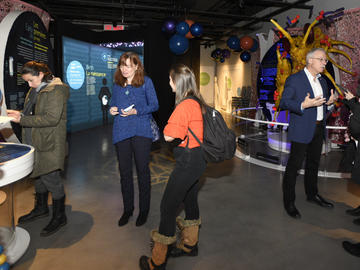 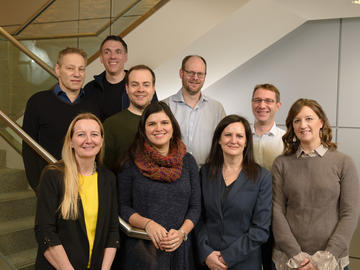 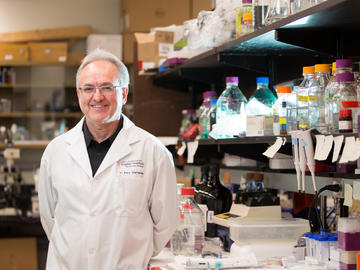 A call for permanent standard time

UCalgary psychologist Michael Antle, PhD, agrees that doing away with the traditional twice-a-year time change would be a good thing, but he thinks that for public health reasons, the move should be to permanent standard time — and not daylight saving time. Antle says making daylight saving time permanent would result in a misalignment of our body clock, the circadian system in our brains, and our social clocks, which include the demands of work, school and other responsibilities.

UCalgary researchers are the first to discover a previously unidentified cell population in the pericardial fluid found inside the sac around the heart. The study, led by Drs. Paul Kubes, PhD, Justin Deniset, PhD, and Paul Fedak, MD, PhD, found that a specific cell helps heal an injured heart in mice. The same cells were also found within the human pericardium of people with injured hearts, confirming that the repair cells offer the promise of a new therapy for patients with heart disease.

Reversing the spread of disease in deer

Cases of an infectious disease that kills deer, elk, and moose are on the rise in Alberta. In a timely study, the Faculty of Veterinary Medicine’s Dr. Dalia Abdelaziz, PhD, and co-author Samrika Thapa found that a vaccine tested in mouse models prolonged the time before infected animals developed symptoms by up to 60 per cent. Similar to mad cow disease in cattle, chronic wasting disease affects members of the deer family. Infected animals lose weight drastically and suffer symptoms like stumbling, lack of co-ordination, and drooling.

Help for those with urea cycle disorder

A joint initiative between the Cumming School of Medicine and Alberta Health Services offered new hope to those with urea cycle disorder, a serious genetic disease that causes ammonia to build up in the body and can lead to brain damage and death. Josh McQuillin, from Prince George, B.C., was the inaugural study participant in the groundbreaking research at the new Clinical Trials Unit at the Foothills Medical Centre. The patient is the first Canadian in history — and one of only three people in the world — to receive direct intravenous gene replacement therapy to treat the disorder. His liver can now process ammonia effectively, giving him a new lease on life.

A study by social work researcher Dr. Jeannette Waegemakers Schiff, PhD, and Athabasca University researcher Dr. Annette M. Lane, PhD, found that 33 per cent of those who work in homeless shelters experience symptoms of post-traumatic stress disorder (PTSD). That’s double to triple the rate of PTSD seen in police, firefighters, paramedics and nurses. The research was conducted with Calgary and Edmonton agencies, and found working with clients who have trauma-related issues creates a “constellation of issues” for frontline shelter staff including vicarious traumatization, compassion fatigue, and burnout.

The Faculty of Science’s Dr. Beatriz Molero, PhD, and her clean-tech startup earned national recognition for her work converting greenhouse gas emissions into high-value fuels and chemicals before they are released into the environment. Says Molero, “If our commercial-scale units were to be used by our end users, such as green plastics or petrochemicals producers, we would significantly decrease CO2 emissions — equivalent to removing 100 million cars off the roads or 700,000 jet planes out of the skies. For every ton of CO2 removed and re-used, three tons of CO2 emissions are eliminated.”

Got an idea? New UCalgary initiative streamlines support for innovators and entrepreneurs