Nicole Phillips, third from left, accepts her award from Rick Mitchell, Sue Hagerty and Brooke Woodruff The Foundation for the Horse, AAEP

Nicole Phillips, a fourth-year student at the Faculty of Veterinary Medicine (UCVM), is the first Canadian to win the Coyote Rock Ranch Scholarship since the its creation in 2015. Phillips says the award is more than just a personal victory.

“Obviously, it’s a huge win for me personally, but also in getting a Canadian foot in the door,” she says. “I don’t think people always appreciate how different the opportunities and experiences are between Ivy League schools versus a smaller program like the one at UCalgary, so this is a big win for all of us, really.”

The scholarship is presented by the Foundation for the Horse and awarded to four fourth-year vet med students who have displayed academic excellence and a dedication to equine medicine. Phillips says her interest in horses began as a child when she competed in show-jumping competitions and interacted with veterinarians at events such as equestrian tournaments held at Spruce Meadows and dreamt of one day joining their ranks.

Phillips has since realized her goal of working at Spruce Meadows as a part of TD Equine, Spruce Meadows’ official on-site veterinarians during the Calgary International Equine Symposium as well as tournaments.

“I have this very specific memory of sitting at the vet clinic ready to present my research at the symposium and I just couldn’t believe it,” she says. “I had dreamt about this for so long and it was so much better than I thought it would be.”

Nicole Phillips tends to a horse during fourth year rotations at TD Equine.

However, Phillips says sharing her passion for horses is often an uphill battle against socioeconomic issues present in the lives of many marginalized groups. She says underserved communities face hurdles such as location and income which impede access to horse riding and equine health care.

To help bridge this gap, Phillips has worked with non-profit organizations and grassroots movements like The Learning Centre to make equine therapy and recreational horse riding more accessible and to increase awareness of the disparity present in equine sports.

Mentorship and guidance were also a large part of steering her to success, says Phillips. She thanks Dr. Michael Scott, DVM, an associate professor at UCVM, for helping her push boundaries and think critically. “He's always encouraged me to think like a scientist; to follow the data and make informed decisions,” Phillips says. “He’s helped me critically evaluate what we're doing in equine medicine, which has been a huge part of my experience with becoming an equine vet.”

She also thanks Dr. Candice Crosby, DVM, and Dr. Dan French, DVM, from TD Equine for their mentorship.

The US$75,000 scholarship will go toward supporting Phillips through her internship with Moore Equine, the largest referral hospital for horses in Western Canada, and will aid her in deepening her research into osteoarthritis in horses.

As for her future, Phillips says she has one main goal: “I want to make it better for the horses, better for clients, but also just better for other equine vets so that we can do more and feel really good about what we're doing.” 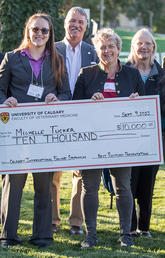 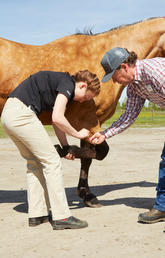 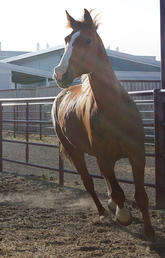 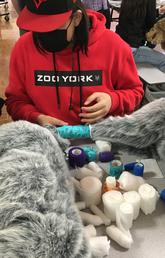 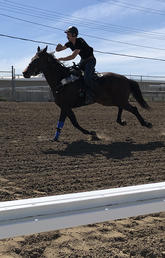 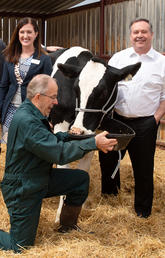